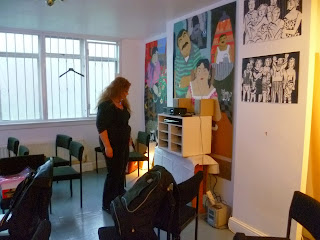 In late 2010 I founded Studio75 in Haggerston in a ground floor flat in the middle of a housing estate that was going to be regenerated. Studio 75 was founded to reinvigorate and renew the definition of "artist-run" and dedicated to exploring the relationship between artwork, artist and audience I co-founded it with artist and muralist Nazir Tanbouli. We were supported by the London and Quadrant Housing Association, who offered the space and commissioned a large mural. The gallery was supported by sales of art as well as donations.

The Haggerston Mural was an early project:

Over 3 years  the studio operated as a project and gallery space. In 2012 Studio75 won the University of the Arts Enterprise Award for Most Enterprising Project.

"Rip it up! Mash it up! Stick it up! was a collage exhibition, emcompassing film, 2d and 3d collage: 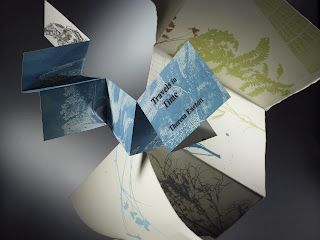 "Prospero's Library"  was an international traveling book art exhibition that I have been involved with since its foundation by Mikhail Pogarsky in Moscow in 2007. IN 2011 we briought the Library to London for the first time, for a show at Studio 75.
Alongside the existing Prosperio's Library collection which includes works by Evelina Schatz, Mikhail Pogarsky, Evgeny Strelkov and Andrey Suzdalev and others, the London show featured books by Les Bicknell, Tracey Tofield, Theresa Easton, Nicholas Wright, Annabelle Moreau, The Point and Place Collective, Nicholas Wright, Gillian McIver and Nazir Tanbouli. Also featured was Sons of the Sea, a project created by Sarah Bodman and Mikhail Pogarsky. FInally, we showed The Book of Light and Motion, a digital book by Jessica Kolokol. 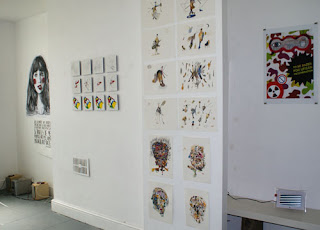 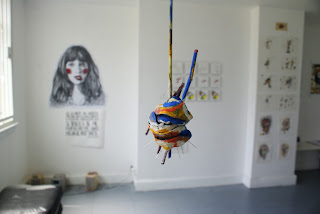 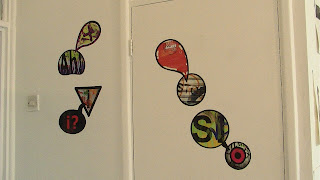 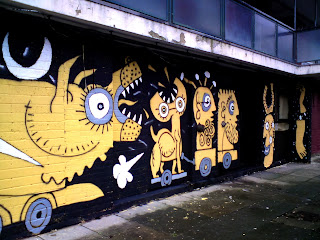 "Studio 75 is not an address, not a building, not even an overspill onto the streets of Haggerston via the King's Land project. It is a manifesto, a state  of mind. It is on the move. It may morph into something else, relocate to a different area, in new quarters  with changed dimensions, facilities and opportunities.
But be thankful that it exists as a viable model for visitor access and artistic self-enablement."
- artist Glenn Ibbitson


Studio 75 hosted a monthly film event Flat Screens hosted by Gareth Evans and Andrea Luka Zimmerman, as well as other film events throughout the period. Filmmakers who came and showed their films included Sally Potter, Dan Edelsteyn and John Smith. 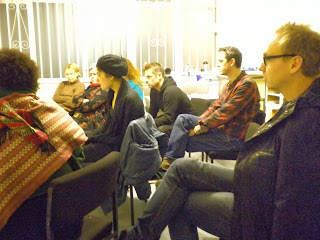 You can see more here on the Studio75 website 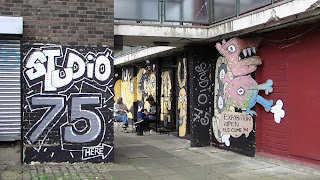 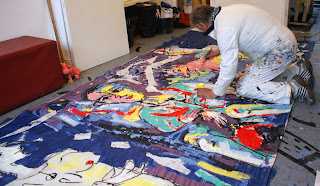 We published several artist books, and have continued to create projects online and in temporary spaces.